To share your memory on the wall of Lenore Reynolds, sign in using one of the following options:

Having a passion for singing, while a member of the choir at the All Saints Lutheran Church she began her journey with the organist and choral director George French Reynolds. George served in the U.S. Marine Corps and was transferred to California while Lenore finished her degree. After graduation she joined him there where they were married at Camp Pendleton in an intimate military ceremony on November 5, 1950. Leaving Oceanside, California they returned to New York in the mid-50’s and settled in Wantagh, NY where daughters Lynne and Kim were born. George, a talented composer and musician, taught at Baldwin High School, played the organ and directed the choirs at their church. In 1968, the family moved to Saranac Lake, NY where he became a pioneer faculty professor for the Music Department of the newly founded North Country Community College.

Leny developed her independence in the wintry weather of the Adirondack mountains. She worked part-time as a bookkeeper for local businesses, including the Whiteface Inn Resort and Santa’s Workshop, and was a voracious reader of crime and mystery novels. She was an avid skier, working at several of the World Cup Championships and as a finish line timer for the downhill and giant slalom events at the 1980 Winter Olympics. During the warmer months, she played singles and doubles tennis with her friends. Lenore, being a lover of cats, (having 2 dogs during her years in New York), had as many as 5 felines at one point, with her empathetic reputation resulting in several beautiful “strays” being left on her doorstep.

She was an integral influence in assisting George in the development of choral and orchestral workshops in the Lake Placid/Saranac Lake area, including the annual Adirondack Festival of American Music with the Gregg Smith Singers. With her resolve tested when George died unexpectedly in 1986 at 58 years of age and leaving her widowed at 54, she developed a passion for world travel participating in countless tours with Elder Hostel and AARP. These included life experiences in Japan, the Galapagos, Budapest, Prague, Germany, England, Costa Rica and Alaska to name a few. Some of her favorite excursions, however, were to Massachusetts to spend time with her family, especially her two grandsons.

Lenore forged her path to continue to advance her skills; she was certified in Ski Area Management in 1986 and received two Associate Degrees from North Country Community College; Applied Science in Business Administration in 1987 and Science in 1988.

During a sailing excursion in 1995, Lenore suffered a life-changing medical event. She left Saranac Lake and moved to Chelmsford, MA, bringing her closer to her family. This afforded her the memorable life events of the wedding of her daughter, Kim and Steven Reid in 1998, and celebrating the scholastic, athletic and lifetime milestones and marriages of her grandsons, as well as the birth of her great-granddaughter in January 2019.

A Celebration of Life will be held via Zoom on December 17th, 2020. For further information, please register at: https://go.honoringloss.com/LCR

Donations in memory of Lenore may be made by check to: The Animal Rescue League of Boston, c/o Development, 10 Chandler Street, Boston, MA 02116, or via their website: https://www.arlboston.org/donate/.

Receive notifications about information and event scheduling for Lenore

Print
A Celebration of Life will be held via Zoom on December 17th, 2020. For further information, please register at: https://go.honoringloss.com/LCR

We encourage you to share your most beloved memories of Lenore here, so that the family and other loved ones can always see it. You can upload cherished photographs, or share your favorite stories, and can even comment on those shared by others.

Posted Dec 18, 2020 at 07:33am
Lynn and family, please know we are thinking of you and offering prayers for you at this difficult time. What a beautiful service and memory for Lenore. A special presentation and celebration of her life filled with love. Blessings, Bill and Lori Evans
Comment Share
Share via:
LH

Posted Dec 16, 2020 at 08:10am
Dear Lynne, Mark, Peter and Eric,
We are so sorry for your loss. We hope that all of your fond memories of your Mom and Grandma bring you peace at this time. With love,
Laurie and Laurence
Comment Share
Share via:
CM

Posted Dec 09, 2020 at 10:33am
Sending sincere love, hugs and prayers to my family in MA! Love to all and there are so many memories I have of Saranac Lake and of Aunt Lenore that will never be forgotten. She was an amazingly strong woman and I will have her in my heart always! Love to all! ❤️
Comment Share
Share via: 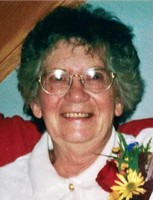