To share your memory on the wall of Kalliope Nicholas, sign in using one of the following options:

She was born on November 1, 1920 in Cambridge, MA and was a daughter of the late Peter and Christina (Vorres) George.

Kelly was raised in Cambridge where she met her husband Stephen in 1943 through church activities and relatives. They were married at St. Constantine and Helen Greek Orthodox Church, Cambridge, soon after. She worked as a stitcher during this time making coats in Boston, before moving to W. Columbia, SC where Stephen was stationed at the Army Air Base. Here, they welcomed their first child, Victoria. In the Fall of 1944, the family moved back to Cambridge, where they lived until 1959. They purchased their first house in Belmont where Kelly continued to reside after Stephen’s passing. She stayed home to raise her daughter and worked part time at Filene’s and Jordan Marsh as a sales associate. She was a talented seamstress who made her own clothes as well as doll clothes for Vogue dolls at home. Later in her life, she worked at a dentist office in Belmont. In her spare time, Kelly enjoyed traveling to Greece, Bermuda, the Bahamas, and Florida. Among her favorite places were her parent’s ocean front cottage in White Horse Beach, Plymouth, her daughter’s vacation home in Lake Winnipesaukee, and Cape Cod. She enjoyed gardening, crafts, flower arranging, and sketching and painting flowers and outdoor scenes in oils. Her artwork earned many awards and was displayed around Belmont. She was an active member of the Belmont Senior Center for many years and member of St. Athanasius the Great Greek Orthodox Church, Arlington. Kelly was loved by many as a sweet and lovable lady who saw the good in everyone. She most cherished the time she spent with her family, especially her grandson.

After an illness, Kelly resided at Concord Park Assisted Living in West Concord from 2014 – 2018 and then transferred to the Atrium at Drum Hill, No. Chelmsford in an Assisted Living Memory Unit. She suffered short term memory loss and in December of this year contracted COVID-19.

Due to gathering limitations, funeral services and interment will be held privately. Memorial donations may be made in Kelly’s name to the Holy Trinity Greek Orthodox Church, 62 Lewis Street, Lowell, MA 01854 or to the Alzheimer’s Association at alz.org.
Read Less

Receive notifications about information and event scheduling for Kalliope

We encourage you to share your most beloved memories of Kalliope here, so that the family and other loved ones can always see it. You can upload cherished photographs, or share your favorite stories, and can even comment on those shared by others.

Plant a Tree in Memory of Kalliope
Plant a tree 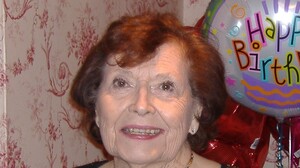 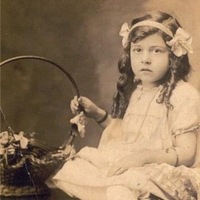 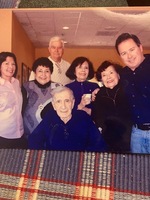