To share your memory on the wall of John Koutrobis, sign in using one of the following options:

John’s love for teaching didn’t end in the classroom. During his summers off as a teacher, he owned and operated Joseph’s Pizzeria on Nantasket Beach in Hull, Massachusetts. John ran Joseph’s for 38 years before retiring in 2019. He spent every single day of the summer running the restaurant, constantly looking to improve the business and make customers happy. He treated all his employees like his students, always teaching, encouraging, and helping them succeed.

For anyone who met John, he always left a lasting impression with his charismatic personality and ability to overcome all barriers despite having multiple sclerosis. Though he was diagnosed at the age of 30, he never allowed the illness to stop him from traveling the world with his family, becoming a successful businessman, and taking full advantage of all that life offered him.

He will be greatly missed by his family that he helped raise with his loving and dedicated wife Sofia (formerly Drougas) in Norwell, Massachusetts: his daughter Panagiota and husband Antonios Athinelis of Medford, his daughter Katerina and husband Justin DiCristofalo of Quincy, his daughter Christina and her husband Michael Regan of Duxbury, and his son Christos and girlfriend Kerry of Boston. He is also survived by his grandson John, his pride and joy, his mother Pota, his sister Valerie Murphy, her husband Terry and nieces of Chelmsford, his brother-in-law Ernie Drougas and nephews of Bourne, and many koumparoi, cousins and dear friends.

Though there will be no public services, John’s family asks that you make a donation in his name to the National Multiple Sclerosis Society at https://mssociety.donordrive.com/index.cfm?fuseaction=donorDrive.personalCampaign&participantID=35211.
Read Less

There are no events scheduled. You can still show your support by sending flowers directly to the family, or planting a memorial tree in memory of John W. Koutrobis.
Plant a Tree

Plant a Tree in Memory of John
Plant a tree
6 trees have been planted in memory of John W. Koutrobis
HS

Posted Apr 16, 2021 at 05:34pm
Sophia, please know that you and your family are in our thoughts and prayers. Yianni was an amazing person and he will be missed. Kapourelakos Family

3 trees were planted in the memory of John Koutrobis

Posted Mar 17, 2021 at 02:52pm
Dear Sofia & family, Donald & I send our deepest sympathies we want you to know that John helped started every summer for me. with. Love Dennis xoxo

3 trees were planted in the memory of John Koutrobis

Posted Mar 23, 2021 at 11:04am
To John's family, I'm so sorry for your loss. Losing John is very sad. I taught with John at the Condon School for many years. Our classrooms were next door to each other. John always had a smile on his face, and we shared a lot of laughs. I talked with others at the Condon about working with John and each one described him as such a "nice man". Our daughter. Lura Allen, worked at least one, maybe two, summers at Joseph's which she remembers fondly.
Sending thought and prayers to you all.
Sharon Norman
Comment Share
Share via:
R

The week I moved back to Hull from Greece I believe we met. I had been going to Joseph's long before I moved away, but in 2009, we met. And I looked forward to seeing your business thrive summer after summer and seeing you all like old friends. What a beautiful role model you were! Loving couple, enthusiastic cooks of mouth watering pizza (best in the world!) and super friendly! Please accept my deepest heartfelt condolences.
Randy Veraguas from Methoni and Hull
Comment Share
Share via:
SZ

Posted Mar 18, 2021 at 02:01pm
Dear Sofia and family, I was very sorry to hear of John's passing. You gave me my first real job in the summer of 1992 and you taught me about hard work, both in the demands of the job but in the example you set day after day. I benefit from those lessons to this day. Thinking of you all.
Comment Share
Share via: 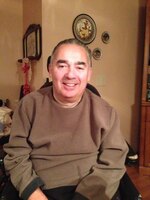