To share your memory on the wall of Jean Shannon, sign in using one of the following options:

Print
Jean Gordon (Robb) Shannon, age 83 of North Billerica, passed away on Wednesday April 7,
2021. She was the wife to the late Richard Shannon and the daughter to the late Cornelius and
Barbara (Sandison) Robb.

Jean was born on ... Read More
Jean Gordon (Robb) Shannon, age 83 of North Billerica, passed away on Wednesday April 7,
2021. She was the wife to the late Richard Shannon and the daughter to the late Cornelius and
Barbara (Sandison) Robb.

Jean was born on Christmas Eve, December 24, 1937, in Barre, Vermont. She was educated in Barre and graduated from Spalding High School. Jean met her husband Richard at the wedding of his brother Donald and her best friend Kathy. They were married on March 7, 1970. Together, Richard and Jean raised their three daughters: Debra, Kristi and Amy in North Billerica. In Jean’s free time, she could be found shopping with her daughters, visiting family and friends in Vermont and spending time with her grandchildren. She took Ava on adventures from a hot air balloon festival to a trip to Cooperstown. Summers were spent going to see Sean play baseball in Little League games. Being a Christmas Eve baby, she loved to decorate for the holiday with a huge collection of Santas and snowmen. She also enjoyed rooting for the Boston Red Sox and going to Foxwoods.

Jean is survived by her three daughters; Debra LeBlanc and her husband Chris of Chelmsford, Kristi Shannon and Amy Shannon of North Billerica. She is also survived by her two grandchildren: Ava and Sean. She leaves behind many nieces and nephews across the country. She is predeceased by her husband Richard and her sister Roberta Taylor.

There will be no services for Jean. A burial will be held at Hope Cemetery in Barre, Vermont on a later date.
Read Less

Receive notifications about information and event scheduling for Jean

There are no events scheduled. You can still show your support by sending flowers directly to the family, or planting a memorial tree in memory of Jean Gordon Shannon (Robb).
Plant a Tree

We encourage you to share your most beloved memories of Jean here, so that the family and other loved ones can always see it. You can upload cherished photographs, or share your favorite stories, and can even comment on those shared by others.

Posted May 05, 2021 at 02:14pm
From Wayne and Sandy Fair, Wayne was a classmate of Jean’s at Spaulding high school in Barre VT.
Wayne remembers her as a kind person in school and was sorry to hear of her passing.
The Fair’s thoughts and prayers are with Jean’s family.

Posted Apr 22, 2021 at 09:21pm
Again our condolences aunt jean was the best aunt. She did so much for our family. Her and my mom ( her sister Roberta ) would talk like sister do to keep up with family. Events. She had a way our sharing the north with us in the the south and same Vice a versa. Aunt jean and my mom made it possible to have a long distant family feel close. I will miss all her cards she used to send on holidays and special occasions. She was very proud of her daughters her grandchildren and even her pets. I hope she knew I love her and am so grateful for a wonderful aunt. ❤️
Comment Share
Share via: 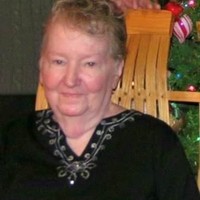