To share your memory on the wall of James Novak, sign in using one of the following options:

Print
James Vincent Novak, 90, a longtime resident of Chelmsford, MA, passed away peacefully on December 3, 2020 at the Veterans Administration Hospital in Bedford, MA.

James was born in Cleveland, Ohio on November 2, 1930. He was the younge... Read More
James Vincent Novak, 90, a longtime resident of Chelmsford, MA, passed away peacefully on December 3, 2020 at the Veterans Administration Hospital in Bedford, MA.

James was born in Cleveland, Ohio on November 2, 1930. He was the youngest son of Stanley Novak and Sylvia Gertrude (Ptacek) Novak. James’ paternal grandparents, Joseph Novak and Katerina (Richter) Novak were born in Bohemia and immigrated to Ohio in 1892. James’ maternal grandparents, Vincent Ptacek, born in Czechoslovakia, and Antonia ‘Nettie‘ (Komzak) Ptacek, born in Austria also immigrated to Ohio in the late 1890’s.

As a young boy, James grew up during the Great Depression in Cleveland, Ohio. After middle school, the family moved to Augusta, ME then to various locations within Massachusetts where his father, a pressman, found employment. In 1946, the family purchased a home on Rogers Street in Tewksbury, MA. James attended the Foster School and then, James and Eleanor both attended Tewksbury High School in Tewksbury until their graduation in 1949.

In 1951, James enlisted in the U.S. Army and proudly served during the Korean War until he was honorably discharged in 1954. He served at U.S. Army Field Station 8603 ASA in Okinawa, Japan as an ASA Intelligence Officer working 12 hour shifts relentlessly intercepting enemy Morse code which was forwarded to top military commanders for strategic decisions.

In 1957, James met the love of his life, Eleanor V. Wiktorowicz of Tewksbury, MA at a Chevrolet dealership in Lowell, MA; she was entering and he was exiting the dealership and, when their paths crossed, James asked her for a date. They married in June 1960 at the Polish Holy Trinity Church in Lowell, MA and lived happily ever after in a home they purchased in Chelmsford, MA where they raised their five children.

James, a devoted husband and loving father, enjoyed socializing with his children, family and friends. His kind heart and gentle smile are part of the legacy he leaves behind. His hobbies included operating his ham radio (call signal W1UGJ), making model airplanes, listening to classical music and watching operas, as well as repairing any household item or vehicle that was mechanically broken.

In addition to his wife, Eleanor, James leaves behind three daughters and two sons: Elizabeth L. Novak of Malden, MA; Cynthia P. Joyce and her husband, William of Hudson, NH; Eleanor J. Peabody and her husband, Christopher of Londonderry, NH; Steven D. Novak and his wife, Julie of E. Brookfield, MA; and James M. Novak and his wife, Suzanne of Lunenburg, MA. He was the proud grandfather of Jonathan and Jacqueline Peabody and S. James Novak. He was predeceased by their daughter Valerie Ellen Novak, his parents and brother, Stanley Alan Novak.

James’ family would like to thank the amazing caregivers at Care Dimensions of Danvers, MA, Savens Homecare Services of Methuen, MA and the VA Hospital in Bedford for giving James exceptionally great care.

Due to gathering limitations, Funeral Services and Interment will be held privately.

In lieu of flowers, donations can be made in James’ name to the Chelmsford Veterans’ Memorial Park, P.O. Box 141, North Chelmsford, MA 01863.

Posted Dec 07, 2020 at 08:48am
As a neighbor on Judith Rd. I always enjoyed my conversations with Jim. I got one of his books for each son and my husband and he so proudly signed them all. My deepest sympathy to all of his family. I shall miss bumping into him on my walks. Love and prayers . Elaine Ziminsky
Comment Share
Share via:

On behalf of my mom and the entire Novak family, we sincerely thank you for being such a wonderful neighbor to Mom & Dad. ~ with warm regards, Cynthia Novak-Joyce 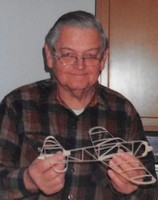 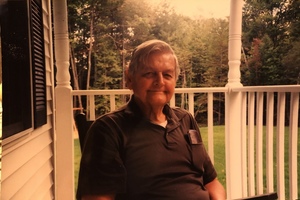 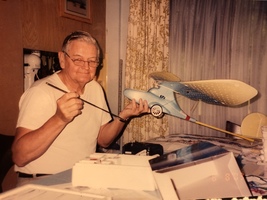