To share your memory on the wall of Gene Silva, sign in using one of the following options:

Gene was a graduate of Nashoba Valley Technical High School with the class of 1977. During and after high school, he was employed for several years at Ferreira Towing in Chelmsford. He was then employed at the North Chelmsford Water District as an operator and eventually became Foreman. He recently retired after 37 years of service. Gene also owned and operated Silva Excavation for over 30 years, a family business inspired by his father. His son, David, will continue his legacy. He was a member of Stony Brook Fish and Game and was an avid hunter. He enjoyed his hunting trips, traveling, camping trips in the White Mountains and Old Orchard Beach. He most cherished the time he spent with his family, especially when he was co-hosting the annual Silva pig roast.

Gene is also survived by his son, David A. Silva and his fiancée Kristina Tavares of North Chelmsford, his daughter, Stacey J. Silva and her fiancé Chase Suddarth of Norwalk CT, his brothers; Joseph Silva and his wife Angie of Chelmsford and Francis Silva of Kittery, ME, his sisters; Donna Eastwood of Tyngsboro and Delcia DiPrimio of Hudson, NH. And several nieces and nephews. Gene was predeceased by his brothers, Tony, Eddie and Wayne, Sr., and his brother-in-law, Mickey Ryan. He will be greatly missed by all but especially Junior, Richard, John D., Nana, Kev, and Willy.

Due to gathering limitations, his Funeral Services and Interment will be held this summer.

In lieu of flowers, memorial donations may be made to Research for Pancreatic Cancer at Dana Farber Cancer Institute, 450 Brookline Avenue, Boston, MA 02115.

To plant a memorial tree in honor of Gene A. Silva, please visit our Heartfelt Sympathies Store.

Receive notifications about information and event scheduling for Gene

We encourage you to share your most beloved memories of Gene here, so that the family and other loved ones can always see it. You can upload cherished photographs, or share your favorite stories, and can even comment on those shared by others.

Plant a Tree in Memory of Gene
Plant a tree
7 trees have been planted in memory of Gene A. Silva
HS

Posted Feb 28, 2021 at 08:06pm
Our thoughts & prayers are with your entire family. Phyllis Gervais and sons

3 trees were planted in the memory of Gene Silva

Much love, The Clark Family

3 trees were planted in the memory of Gene Silva

Posted Mar 02, 2021 at 10:02pm
Condolences to the Silva family; 47 years is a long time to hold onto friendships and it has been a lifetime of joy and love knowing the Silva's .Many many memories. I know Gene is up there with Eddie ,Tony, Wayne and there mom and dad watching over the family. Be at peace and pain free my friend and brother fly high with your brothers. Gonna miss your smiling face love ya

Posted Mar 02, 2021 at 09:30am
I am sorry sorry to hear about the passing of Gene , our family grew up with the Silva family when we where young and have a lot of great memories with all of them, please take care ,love and prayers to all , Pamela Kenney
Comment Share
Share via: 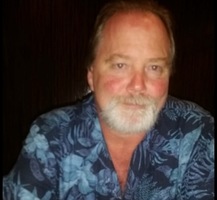 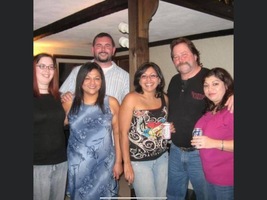