To share your memory on the wall of Francis Wilkins, sign in using one of the following options:

Francis (Frank) was born in 1931 in Lowell, MA and was the son of the late Andrew (Vilkisius) Wilkins and Antonina (Viersieckas) Wilkins. After graduating High School, he served in the U.S. Air Force during the Korean War. Following his discharge, he was employed at Lowell Star Dairy as a milkman then became a Supervisor. After many years there, he moved on to Sago Distributors of Chelmsford, and later to Abram Bros. of Framingham, MA, until his retirement in 1991.

Frank shared his love of music by singing at family gatherings, in many churches and entertaining in Nursing Homes in the Greater Lowell area. He was a life-long member of the Lithuanian Club of Lowell and enjoyed being employed for a short time by the Town of Billerica as a crossing guard. Many can remember him as the “Butterfly Man” because of the origami butterflies he would create and hand out to brighten someone’s day.

Due to gathering limitations, Funeral Services and Interment will be held privately. In lieu of flowers, memorial donations may be made in Francis’ name to the American Diabetes Association (diabetes.org) or the American Cancer Society (cancer.org).
Read Less

Receive notifications about information and event scheduling for Francis

We encourage you to share your most beloved memories of Francis here, so that the family and other loved ones can always see it. You can upload cherished photographs, or share your favorite stories, and can even comment on those shared by others.

Posted Feb 03, 2021 at 04:53pm
So very sorry to learn of Frank's passing. My deepest sympathies to you all. He was a very dear and kind man and was devoted to my aunt Gloria.
Sincerely,
Janette (Weber) Joyce
Comment Share
Share via: 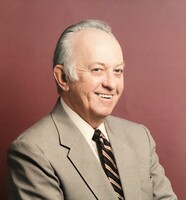