To share your memory on the wall of William Gollwitzer, sign in using one of the following options:

Print
William “Bill” Gollwitzer, 78, passed away on Saturday, April 24, 2021. He was the beloved husband of Judie (Richardson) Gollwitzer with whom he shared 50 years of marriage.

Bill was born in Truman, Minnesota on June 25, 1942. He wa... Read More
William “Bill” Gollwitzer, 78, passed away on Saturday, April 24, 2021. He was the beloved husband of Judie (Richardson) Gollwitzer with whom he shared 50 years of marriage.

Bill was born in Truman, Minnesota on June 25, 1942. He was the son of the late Herman and Bertha (Borchert) Gollwitzer. Bill attended the University of Minnesota where he received his BS in electrical engineering and later obtained his master’s at Northeastern University. He retired after 37 years from Raytheon. Bill was employed in their Missile System Division, where he met his wife Judie, who was also an employee for the company. They made a life together and raised their three sons in Westford, MA. After retirement, Bill and Judie moved to Venice, FL where they lived for 16 years, recently moving back to New England to be closer to their family. Bill loved music, was an avid gardener and a skilled carpenter.

A private visitation and service was held on Friday, April 30th at the BLAKE CHELMSFORD FUNERAL HOME, 24 Worthen St., CHELMSFORD. In lieu of flowers, memorial contributions can be made in Bill’s memory to Tunnel to Towers https://t2t.org.
Read Less 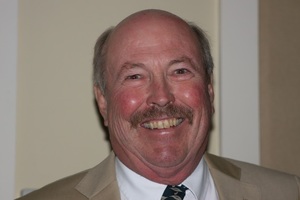