To share your memory on the wall of Thomas O\'Connor, sign in using one of the following options:

Tom spent his childhood in Worcester where he graduated from St. Peter’s High School in 1951. He received his Bachelor and Master of Science degrees in Chemical Engineering from Worcester Polytechnic Institute (1961). He proudly served his country as a member of the US Army in the 82nd Airborne from 1954 to1956.

Tom was hired by AVCO/Textron Systems Corporation in 1961 and remained there for his entire career. Contributing to NASA’s Apollo missions was among Tom’s proudest professional accomplishments. He was well regarded for his expertise in his field, notably with Carbon-Carbon technology, and continued consulting for Textron after his retirement in 1998.

Tom and his wife Helen moved to Chelmsford in 1964, and made many lifelong friends in the community. He was an active member of St. Mary Parish until his passing, where he served as a CCD teacher and greeter for many years. He volunteered in numerous organizations, including the girl’s youth softball league. He was an accomplished bowler at Alpine Lanes and with his AVCO teammates. He found true enjoyment in being surrounded by family and friends and looked forward to O’Connor Clan summer vacations. His grandchildren adored him, and he taught them the importance of loyalty, integrity, dedication and how to appreciate the richness of life. He was the proudest Grampy at many events.

Tom was incredibly proud of his Irish heritage and cherished visits with relatives in Ireland. He loved spending time with family, sharing stories, traveling, singing, and dancing. He is remembered for his kindness, generosity, intelligence, wit and ability to make everyone feel welcome, valued and loved. He was a true romantic and history buff, and was adventurous and inquisitive about the world. If he had favorites among his children and grandchildren he never showed it, he loved each of them equally and without reservation. He celebrated their individual personalities and their unique natures, capabilities and achievements. He was a wonderful father, Grampy and Great-Grampy. His relationship with his brothers was special, and the stories he shared of their youth are priceless. He had a life well lived.

Visiting hours will be held on Thursday 4-7 PM at Blake Chelmsford Funeral Home, 24 Worthen Street, Chelmsford. A Mass of Christian Burial will be held on Friday at 11 AM at St. Mary Parish, 25 North Road, Chelmsford. KINDLY MEET AT THE CHURCH. Interment will follow at Pine Ridge Cemetery, 130 Billerica Road, Chelmsford. In lieu of flowers, memorial donations may be made in Thomas’ name to the Jimmy Fund, ℅ Dana-Farber Cancer Institute, 10 Brookline Place West, 6th Floor, Brookline, MA 02445-7226. ATTN: Contribution Services.

Receive notifications about information and event scheduling for Thomas

We encourage you to share your most beloved memories of Thomas here, so that the family and other loved ones can always see it. You can upload cherished photographs, or share your favorite stories, and can even comment on those shared by others.

Posted Jun 10, 2021 at 09:21am
Dear Tom, Rose, Kathy, Julie, Patty and Jack...please accept our condolences during this difficult time for your family...your Dad will be missed.

3 trees were planted in the memory of Thomas O'Connor

Posted Jun 09, 2021 at 03:07pm
For the world's greatest neighbor from your friends across the street! Jim, Tricia, Jimmy and Meghan

Posted Jun 08, 2021 at 01:43pm
Rosie and All,
So sorry to hear of your Dad's passing. I will forever remember his welcoming smile and the way he made you feel like part of his family. He told many funny stories or a quick joke to get you laughing. You all were so very lucky to have him in your lives. You will be in my thoughts and prayer as you travel through this difficult time. Stay strong and be well! - Sue Ayotte
Comment Share
Share via: 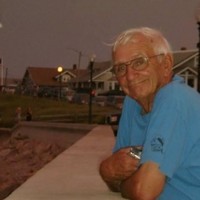