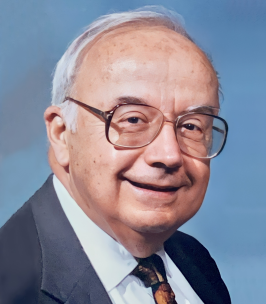 Stratos G. Dukakis, age 90, a longtime resident of Chelmsford, passed away peacefully on Monday, June 13, 2022 surrounded by his loving family. He was the beloved husband of the late Evanthia “Eva” (Karatassos) Dukakis with whom he enjoyed 62 years of marriage before her passing in January.

He was born in Boston on April 2, 1932 and was the son of the late George and Aphrodite (Doukas) Dukakis.

Strat grew up in Lowell and graduated from Lowell High School, and from the University of Massachusetts Amherst.
Strat was proud of his service in the Navy and could frequently be seen wearing his USS K.D. Bailey hat. Additionally, he is honored for his service at the Chelmsford Veterans Memorial Park. His ship docked in Savannah, GA and there he met his lovely wife Eva. He worked as an engineer at Avco and Raytheon before venturing into his passion for vocational education. He served as Business manager for both Montachusett Regional Vocational Technical School (Monty Tech) in Fitchburg and Keefe Tech in Framingham before assuming the role of Superintendent of Monty Tech in 1986, where under his leadership, the school thrived and became a model for vocational education in the Commonwealth. While his name may be found outside the building on the Performing Arts Center, his impact lives on inside the school where students from 18 cities and towns continue to benefit from his vision and passion for vocational education. He remained involved in the school serving on the Monty Tech Foundation Board of Directors throughout his retirement.

Strat was active in Chelmsford politics, serving on the Democratic Town Committee, on the Town Finance Committee, and as a Town Meeting Representative for many years. He was a life member of the Massachusetts Association of School Committees, having served for many years as a member of Nashoba Valley Vocational Technical School. In addition to Chelmsford, Strat was actively involved in Fitchburg, serving as a member of the IC Federal Credit Union board of directors, and as an instructor at Fitchburg State College. Education was always at the forefront of Strat’s life, and he instilled his passion for education in his children and grandchildren. In retirement he enjoyed his grandchildren who brought him much joy. He became the ‘Papou chauffeur’ driving the grandkids around town.

Strat was a lifelong member of the Transfiguration Greek Orthodox Church in Lowell.

Visiting hours will be held on Sunday, June 19th from 4:30pm to 7:00pm at the Blake Chelmsford Funeral Home, 24 Worthen St., Chelmsford. Funeral Services will be held Monday at 11:00 am at the Transfiguration Greek Orthodox Church, 25 Fr. John Sarantos Way, Lowell. Interment will follow at Pine Ridge Cemetery, Chelmsford. In lieu of flowers, memorial contributions in his honor may be made to: Monty Tech Foundation, c/o Katy Whitaker, 1050 Westminster Street, Fitchburg, MA 01420

All donations will be collected to establish an endowed scholarship in his name, so that his legacy and his tremendous impact on education lives on.