To share your memory on the wall of Stephen Twelves, sign in using one of the following options:

Print
Stephen G. Twelves, 65, a resident of Watertown, passed away unexpectedly on Monday, May 3, 2021. He was the son of Paul and the late Beverley (Noseworthy) Twelves.

Stephen was born in Waltham on May 10, 1955. He was raised in Chelmsford... Read More
Stephen G. Twelves, 65, a resident of Watertown, passed away unexpectedly on Monday, May 3, 2021. He was the son of Paul and the late Beverley (Noseworthy) Twelves.

Stephen was born in Waltham on May 10, 1955. He was raised in Chelmsford and attended Chelmsford schools. After high school Stephen received his BA in physics from Bates College and later earned an MBA from Boston University. After college he worked as a counselor and administrator at the Pine Street Inn in Boston. For the last few decades he was in management at Harvard Pilgrim Health Care.

He is survived by his siblings; Mark Twelves of Natick, and Betsy Twelves–Dickson and her husband Barry Dickson of Scotland, his nephews; Zach and Casey Dickson, as well as his father. Stephen was sadly predeceased by his sister Sarah Twelves.

Funeral services and interment will be held at a later date. In lieu of flowers, donations in Stephen’s memory can be made to the Pine Street Inn, www.pinestreetinn.org.
Read Less

Receive notifications about information and event scheduling for Stephen

Print
Funeral Services and Interment will be held at a later date.

We encourage you to share your most beloved memories of Stephen here, so that the family and other loved ones can always see it. You can upload cherished photographs, or share your favorite stories, and can even comment on those shared by others.

3 trees were planted in the memory of Stephen Twelves

Posted May 07, 2021 at 02:40pm
For my 50th Birthday Steve booked me a trip on a biplane. That's exactly the type of guy he was kind, generous, and adventurous.
Comment Share
Share via: 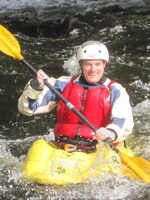