To share your memory on the wall of Ronald Vitukevich, sign in using one of the following options:

He was born on May 7, 1942 in Everett, MA and was a son of the late Alexander and Anna (Paradiso) Vitukevich.

He was raised in Everett, MA and graduated from Everett High School. He earned a degree in electrical engineering from Northeastern University. Early in his career he worked for Raytheon, researching and installing the early warning line of radar installations that the United States erected in Alaska and northern Canada. He then went on to work for ESA for 34 years as an electrical engineer who designed electronic circuitry for numerous medical instruments used in laboratories, hospitals, doctors’ offices and universities worldwide. After retirement in 2007, Ron remained part of the ESA/Magellan family and continued as a consultant who was an expert problem solver, valued team contributor and mentor to many.

Ronald was blessed with many good friends with special mention of Nicole McInnis and her husband Dave Ertel of Cincinnati, OH.

Due to the circumstances surrounding COVID-19, funeral services will be held when safe for all.
Read Less

To plant a memorial tree in honor of Ronald Vitukevich, please visit our Heartfelt Sympathies Store.

Receive notifications about information and event scheduling for Ronald

Print
Due to the circumstances surrounding COVID-19, funeral services will be held when safe for all.

We encourage you to share your most beloved memories of Ronald here, so that the family and other loved ones can always see it. You can upload cherished photographs, or share your favorite stories, and can even comment on those shared by others.

Posted Dec 25, 2020 at 09:28am
Shirley, I am so very sorry to hear this. My heart aches for you. It's the beautiful memories that we have. My prayers for you and family.

Posted Dec 19, 2020 at 05:51pm
So sad to hear this news. We have so many fond memories of Ron as a co-worker and friend. Always the gentleman, with his quiet humor and wit. Our thoughts are with Shirley at this difficult time. We love you both.
Brian and Debra
Comment Share
Share via:

Posted Dec 18, 2020 at 09:49am
We are so sorry to hear of the passing of Ron. It was wonderful getting to know you two at Wild Acres. Ron was a very sweet person. I know he will be greatly missed by his family and all his friends from OOB.

Posted Dec 18, 2020 at 08:42am
Remembering you and Ronald Vitukevich in our minds and in our hearts.

Posted Dec 18, 2020 at 08:28am
Dear Shirley,
We are so very sorry to hear of Ron’s passing. We will always remember the fun times we had together at Joni’s Christmas parties and other events that we were together. Your are in our prayers and thoughts.
May his memory be eternal.
Much love and sympathies,
Cathy and Charlie Kalivas
Comment Share
Share via: 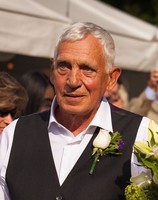 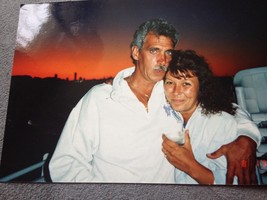