To share your memory on the wall of Richard Westberg, sign in using one of the following options:

Richard was born on March 3, 1938 in Everett, MA, and was the son of the late Clarence W. and Mary (Saunders) Westberg. He moved to Westford soon after serving 4 years in the Army National guard. After his service, he was employed as a laser technician for MIT Lincoln Laboratories in Westford where he worked for 37 years before retiring. During his retirement years Dick would be found enjoying his moments with family, volunteering at Concord Farms, fishing, watching Nascar and donating his time to the elderly.
“Our time spent with you on earth was only brief, but what an imprint you have left on our hearts. You will be forever missed.”

Due to gathering limitations, Funeral Services and Interment will be held privately. Memorial donations may be made in Richard’s name to the Alzheimer’s Association at alz.org.
Read Less

To plant a memorial tree in honor of Richard A. Westberg, please visit our Heartfelt Sympathies Store.

Plant a Tree in Memory of Richard
Plant a tree 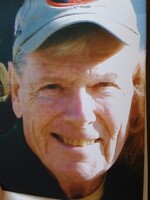