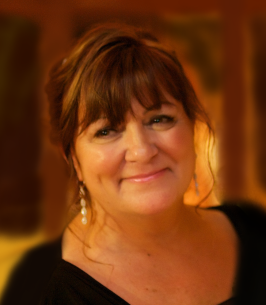 She was born in Boston, Massachusetts on July 5, 1954, the eldest child and only daughter of the late Robert T. and Joan M. (Dargon) Vaughan.

She was raised in Melrose, Massachusetts and graduated from Melrose High School before starting a job at Blue Cross Blue Shield in Boston. She later moved to Westford, Massachusetts with her young family, where she remained a long time resident.

Trish was kind, beautiful (inside and out), determined, resilient, caring and selfless, always putting others first. She devoted her life to her two children, first as a homemaker and stay-at-home mom. Then, as a single mom working full time, doing everything in her power to raise her children in Westford where they wished to grow up. Trish’s commitment to Westford and her love of caring for children carried over into her career with The Town of Westford and Westford Public Schools. She began her employment in the community working at Westford Town
Hall before moving on to become a dedicated elementary school administrator, a position she held for over 15 years. She also took on second jobs, working part time with Westford Partnership for Children’s After School Enrichment Program as well as The Toy Shop of Westford.

Trish loved spending time with her children and their circle of friends, becoming a “second mom” to so many. She cherished making memories with those she held close and sharing in special events with loved ones. Always a gracious host, she especially looked forward to holding Westford’s Apple Blossom Festival celebrations at her home. She enjoyed days spent in Boston or by the ocean, walks, cooking, shopping, holidays, music and Broadway musicals. Her greatest joy was being with her treasured grandchildren, who brought so much love and light into her life.

Following a Stage 4 Breast Cancer diagnosis in 2015, Trish fought with everything she had to beat the odds and survive for her children and those who loved her. She spent the last several years in remission, grateful for every victory, while continuing to struggle with many cancer-related health conditions. She will be remembered as always having an infectious smile on her face, despite all that she endured.

Trish is survived by her son, Christopher Goddard of Pelham, NH and daughter, Merideth Lencsak of Nashua, NH, and their spouses, Melissa Goddard and Andrew Lencsak, grandchildren; Abigail Jane Goddard and Oliver Thomas Lencsak as well as his sister due this June, brothers; Stephen Vaughan of Melrose and Eric Vaughan
of Manchester, NH, nieces and nephews; Jennifer, Stephen Jr., Sarah, Eric Jr., Kyle, and Caeleighlayne. She leaves many cousins whom she loved and cherished as well as life long friends that became family, Terry and Bobby “Sully” Sullivan of Boynton Beach, FL.

Visiting hours will be held on Tuesday, March 22, from 3 to 7 p.m. at the Blake Chelmsford Funeral Home, 24 Worthen Street, Chelmsford. A Mass of Christian Burial will be celebrated by friends and family on Wednesday, March 23, at 1 p.m. at St. Mary Parish, 25 North Road, Chelmsford. Kindly meet at church. Interment will be held privately at a later date. In lieu of flowers, donations may be made in her memory to Mass General Cancer Center at Emerson Hospital - Bethke, 131 Old Road to 9 Acre Corner, Concord, MA 01742.