Obituary for Martha A. Sullivan (O'Leary) 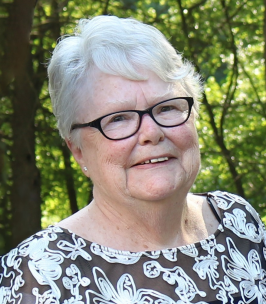 Martha A. (O’ Leary) Sullivan, age 85, a longtime resident of Chelmsford, passed away at Lowell General Hospital on Thursday, April 28, 2022 surrounded by her loving family.

She was born in Boston on January 3, 1937 and was the eldest daughter of the late Florence J. and Mildred V. (Doherty) O’Leary.

Martha grew up in Charlestown MA, attending Archbishop Cardinal Cushing School. After marrying and moving to Chelmsford, Martha raised four children, avidly supporting them in various activities. Martha was a lifelong member of the Democratic Party and was active in both local and national politics, campaigning for her idol John F Kennedy. She was a fan of musicals and mystery novels, often listening to “Les Misérables” while watching NCIS.

Martha is survived by her four children; Mark Sullivan and his wife Deidra, Patricia Esposito and her husband Steve, all of Westford, Jamie Sullivan and his wife Cathy of Hampton NH, and Kevin Sullivan of Billerica; her seven grandchildren, Colin and his wife Kristen, Meghan and her fiancée Carson, Robert and his partner Kim, Michael, Matthew, Liam and Rory, one great-grandchild Parker, her sister Mary Ellen Clifford, and many loving nieces, nephews, and cousins.

Martha was predeceased by her brothers John O’Leary (Ret. BFD), Robert O’Leary, Joseph O’Leary, her sister Geraldine Sullivan, and the father of her children Richard Sullivan.