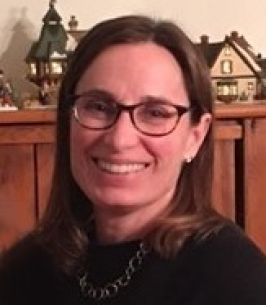 Kathleen Erin “Erin” McAlonie of Chelmsford, Massachusetts passed into eternal life on Friday, April 1, 2022 with her friends, family, and brothers and sisters by her side.

Erin was born August 12, 1968 to Howard D. and Margaret V. (Boland) McAlonie in Troy, NY. She was a 1986 graduate of Shaker HS in Latham, NY and earned a bachelor’s of science in industrial relations from LeMoyne College in Syracuse, NY in 1990. Erin worked as an Aquatics Director for YMCAs in Albany, NY and in Framingham, MA for five years. She then worked at Harvard University in Human Resources for ten years where she met the most devoted husband and best brother-in-law ever, Jason Luke. They were married on September 16th, 2000 in Ogunquit, ME and have lived in Chelmsford, MA in the Luke ancestral home since then. Erin left Harvard to raise her children and later worked as a Teacher’s Aide in several local schools.

Erin swam before she could walk and never stopped. She was a competitive swimmer from early childhood with the Colonie Aquatics Club and at Shaker High School and for the LeMoyne College swim team. Erin was the consummate mother and she took care of everyone and everything with an energy few could match – for her family, her home, her many friends, and her neighborhood. She loved to exercise and box, and was a voracious cleaner; there clearly has never been a more thoroughly and frequently vacuumed abode. She enjoyed shopping for and decorating her beautiful home with antiques and loved the peace of the beaches at Drakes Island in Maine. Erin lived to cheer for her children in their sports and volunteer at their schools. Erin was the glue. She was the glue that kept people and friendships and a neighborhood together when life’s busy monotony drifts us apart. For the last two years Erin was fighting a very private battle that few knew she was fighting, and she did it with the bravery and strength of a fierce mother and a stoic warrior. Until the end of Erin’s journey with us she did things on her own terms; she lived her life fully, not letting anything slow her down, and faced her burdens with grace and without one complaint. Erin set a brave example for all of us to learn from on how to live, face adversity, and die with grace. Jason and the McAlonie family wish to express sincere gratitude to the nurses, doctors, and staff at MGH for their kindness, attentive care, and for allowing us to say goodbye to Erin in our own way.

Erin was predeceased by her parents, Aunt Jo, and her dear brother Danny. Erin is survived by her loving husband Jason Luke, daughter Margaret “Maggie” Luke and son Noah Luke, as well as by her siblings Megan McAlonie (David) of Blue Hill, ME who lovingly guided Erin through this her final challenge, Matthew (Michaela) of Shushan NY, Mary McAlonie (John Corcoran) of Sand Lake, NY, Michael (Wendy) of Sand Lake, NY, as well as by five nephews who will miss their Aunt Erin dearly. She will be sadly missed by all, especially a large circle of old and new dear friends, including the Higgins and the Larsens, Michelle, Laura, Marybeth, the Kathys, Andrea, Marla, and many, many others.