To share your memory on the wall of Mike Hart, sign in using one of the following options:

He was raised in Chelmsford and was a graduate of Chelmsford High School, Class of 1960. He was a life-long fan of all his Boston teams. Mike worked at MIT Lincoln Laboratory for 43 years and had the opportunity to work on Kwajalein in the Marshall Islands. That special time on Kwaj was marked by amazing friendships and the chance to travel that part of the world with Janet. Upon retirement, Mike and Janet moved to Cape Cod where they enjoyed 12 years of fun, family, and friends. He loved golfing, and spending time at the Cape Cod Canal watching the boats and ships pass by or fishing with his granddaughters. When Mike and Janet decided to move to Reading, time by the canal was happily replaced with his granddaughters’ games, meets, karate classes and school performances. Whatever they did, “Pop” was there to cheer them on. His eyes lit up whenever his granddaughters, “The Fab Four” as he called them, were around.

In addition to his loving wife Janet, Mike is survived by his two daughters: Maureen Hart and Audra Cashin and her husband, Kevin Cashin, all of Reading. He is also survived by his four granddaughters: Sally, Emmy, Cathleen, and Erin Cashin. Mike leaves his siblings, Edward D. Hart, Jr. of Atlanta, GA, and Mary Jo (Brian) Stanton, of Chelmsford, MA; his sister-in-law Eleanor (George) McCarron of Clifton Park, NY; brother-in-law William Carr of Medford, MA; and many nieces and nephews.

He was predeceased by his brother-in-law, Frances J. (Anne) Carr and sister-in-law, Janet H. Carr.

To plant a memorial tree in honor of Mike Hart, please visit our Heartfelt Sympathies Store.

Receive notifications about information and event scheduling for Mike Hart

We encourage you to share your most beloved memories of Mike Hart here, so that the family and other loved ones can always see it. You can upload cherished photographs, or share your favorite stories, and can even comment on those shared by others.

10 trees were planted in the memory of Mike Hart

Posted May 10, 2021 at 08:56am
Audra we will keep you and your family in our thoughts and prayers. A great guy whose legacy lives on through his lovely family and grandchildren.

Posted May 10, 2021 at 08:43am
Dear Audra and family,
We are very sorry to hear of the loss of your Dad. Dave and I will keep him and you and your family in our thoughts and prayers as you honor and remember him and support your mom through this time. Take care, Dave and Meredith Crowley
Comment Share
Share via:
CR

Posted May 09, 2021 at 04:38pm
What a GREAT guy. I had the pleasure of working with Mike at MIT/LL. Always lots of laughs and great stories. Thoughts and prayers to his entire family. Very sorry for your loss . 🙏. - Christine Randlett
Comment Share
Share via:
PM

Posted May 09, 2021 at 01:01pm
Mike was a A real friend and a guy that could get the job done
over the years that I worked with him he was extremely helpful especially on Kwajalein.
Janet I am extremely sorry for your loss but I also remember the great dinners you hosted for us visitors to the island
Paul Murray MIT Lincoln laboratory
Comment Share
Share via: 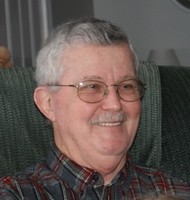