To share your memory on the wall of John Balian, sign in using one of the following options:

He was born in Watertown, MA on August 21, 1929, and was a son of Harry and Baidzar (Minassian) Balian. John grew up in Watertown, MA and eventually joined the US Air Force for service during the Korean War. After leaving the military, he attended the University of Massachusetts where he received a degree in Engineering. He spent most of his career working for the US Government, most notably at Hanscom Air Force Base. He was active at the Sts. Vartanantz Church in Chelmsford and in the Armenian American Veterans organization. John was a devoted husband, father and grandfather. He was a role model to not only his children and grandchildren, but to his many nephews and nieces as well. He touched a lot of lives and will be sorely missed.

He was predeceased by his parents as well as his older brother, Shahan Balian of Mantua, NJ.

To plant a memorial tree in honor of John Balian, please visit our Heartfelt Sympathies Store.

Plant a Tree in Memory of John
Plant a tree 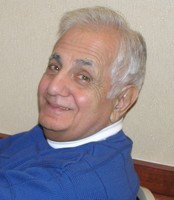