To share your memory on the wall of Janet Knight, sign in using one of the following options:

Janet was born on December 6, 1929 in Lowell, MA and was a daughter of the late Herman and Sadie (Corey) Altemus.

Janet lived in Lowell as a child. At a young age, she and her sister Joan were sent to live at the Ayer Home for Children. Her father would visit them and take them out for movies and dinners when he could. Janet graduated from Lowell High School where she was very proud that she and her sister were elected by their classmates to be Girl Officers in their junior year. As a young woman she worked at the mills in Lowell. It was there she met her husband John, who was a graduate of the Lowell Textile Institute. They were married on May 26, 1951 at St. Theresa’s Church in Billerica. While raising their family in South Chelmsford, Janet enjoyed bowling, square dancing with Johnny, camping with the family, and lots of quilting, crocheting, and sewing. In their later years, Janet and Johnny spent months at a time at Ormond Beach in Florida. Most of all Janet enjoyed being a mother, grandmother and great grandmother. In 2013, Janet then moved to Lowell again to live with her granddaughter Barbara and her family, who lovingly watched over her until her passing.

Due to gathering limitations, Funeral Services and Interment will be held privately.

You are kindly invited to view Janet’s Mass of Christian Burial Wednesday, December 23, 2020 at 11:00 am at https://chelmsfordcatholic.org/watch-via-livestream

Receive notifications about information and event scheduling for Janet

Print
Due to gathering limitations, the Funeral Service and Interment will be held privately. You are kindly invited to view the Mass of Christian Burial on Wednesday, December 23, 2020 at 11:00 am. Please visit chelmsfordcatholic.org, click on LIVEVIEW, then St. Mary LIVEVIEW.

We encourage you to share your most beloved memories of Janet here, so that the family and other loved ones can always see it. You can upload cherished photographs, or share your favorite stories, and can even comment on those shared by others.

Dear HS, I’m sorry I don’t know who you are, but thank you fir donating a tree in my mother’s name. She loved camping and hiking in her younger years in the White Mountains. I know she would love this memorial gift.
KB

Posted Jan 14, 2021 at 12:58pm
In 2005, we were fortunate to move to the neighborhood where John and Janet Knight lived — in fact right across the street from them. These stalwart South Chelmsfordians were warm and welcoming, and we always loved hearing their stories of their early lives and how the area used to be. After John died in 2007, we grew even closer to Janet and helped out whenever we could. She was fun and feisty, and we will miss her.
Comment Share
Share via:
JK

Dear Kelly, Thank you for posting your memories of my Mom. She was indeed full of fun and feisty. I know she loved being your neighbor. Thank you for being such a good friend and all you did for her when she still lived on Park Road. It’s been almost a month since she has been gone and it still seems like yesterday. I miss her very much too.
TD

Thank you Tim. Your thoughtfulness of having a tree planted in memory of my mother is sincerely appreciated. Janet Korytoski 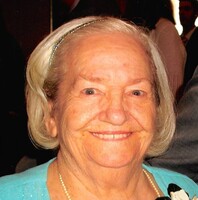