To share your memory on the wall of Erwin Fletcher, sign in using one of the following options:

Print
Erwin Fletcher, age 99, a lifelong resident of Chelmsford, passed away peacefully on Sunday, March 28, 2021, at his home surrounded by his loving family. He was the beloved husband of the late Margaret (Gorman) Fletcher.

He was born in ... Read More
Erwin Fletcher, age 99, a lifelong resident of Chelmsford, passed away peacefully on Sunday, March 28, 2021, at his home surrounded by his loving family. He was the beloved husband of the late Margaret (Gorman) Fletcher.

He was born in Chelmsford, MA on December 18, 1921, and was the son of the late Walter S. and Esther (Allen) Fletcher.

Erwin was a lifelong resident of Chelmsford, where he graduated from Chelmsford High School with the Class of 1939. He proudly served his country during WWII in the US Navy aboard the USS Northampton and the USS Iowa. After his service, he became a Master Plumber and cofounded Fletcher and Donovan Plumbing and Heating and remained self-employed until he retired. He was a member of the Chelmsford Lodge of Elks and William Sewall Gardner – Kilwinning Lodge, A.F. & A.M. in Lowell. Erwin was an “Old Yankee” and very proud of it.

Sadly, he was predeceased by his grandson Jason Fletcher, his longtime companion Thelma (Skip) Milinazzo, his brothers; Allen, Eddie, Vernon, and Lester Fletcher, and his sister Shirley Shanahan.

In accordance with his wishes there will be no visitation and funeral services and interment will be held privately. Memorial donations may be made in Erwin’s memory to the Shriners Hospital for Children, (Development Office) 51 Blossom Street, Boston, MA 02114 or shrinershospitalsforchildren.org/boston.
Read Less

To plant a memorial tree in honor of Erwin Fletcher, please visit our Heartfelt Sympathies Store.

Receive notifications about information and event scheduling for Erwin

We encourage you to share your most beloved memories of Erwin here, so that the family and other loved ones can always see it. You can upload cherished photographs, or share your favorite stories, and can even comment on those shared by others.

Posted Apr 02, 2021 at 03:18pm
Jack I was sorry to hear of your Dads passing. Please know he will be in our prayers and our thoughts are with your family.
Ray McCusker
Comment Share
Share via:
AJ

Posted Mar 30, 2021 at 01:27pm
My condolences to the Fletcher family. It is never easy to lose the patriarch of the family, regardless the age. His service to our country, his helping raise a wonderful family, and creating endless memories for all, this is his legacy. My mom passed away at 100 and it hurt as though she were younger...as a family you were blessed.
Comment Share
Share via: 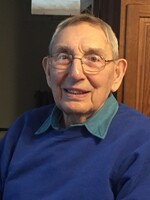 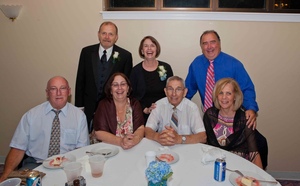