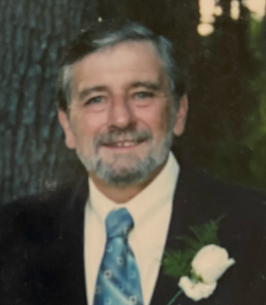 He was born in Chelmsford on August 25, 1949 and was the son of the late Edgar and Helen (Dziedzic) Theriault.

David was raised in Chelmsford and was a graduate of Chelmsford High School, class of 1968. After high school he proudly served his country in the United States Air Force as an airplane mechanic. While enlisted David was stationed in Greece. Later, he was employed for Lockeed as a mechanic while living in Saudi Arabia. On his return to the United States, David was employed at Corning in Bedford and UPS in Chelmsford. He retired from his maintenance position at the police station with the Town of Acton. David loved the outdoors and spending time doing yard work at his home in Pepperell. This home he shared with his wife was his world. He was a fan of New England Patriots football and NASCAR. David will be dearly missed by his family and friends.

He is survived by his daughter Joanna Evangelista and her husband James of Tewksbury, his wife Patricia Theriault of Pepperell, his sister Carol Mahoney and her husband Kevin of Chelmsford, his stepdaughter Lindsay Descheneaux, his stepson Paul Descheneaux, his grandchildren; Seanna Lemos and her husband Matthew of Tyngsboro, Nicolette and Cole Evangelista, his great grandchildren; Elena and Ella Lemos. He also leaves behind several nieces, nephews and cousins. David was sadly predeceased by his son Edward Theriault and his brother Robert Theriault.

Visiting hours will be held on Friday, April 15th from 10am to 11:30am at the Blake Chelmsford Funeral Home, 24 Worthen St., Chelmsford. A funeral service will follow at 12pm. Interment will be held privately.