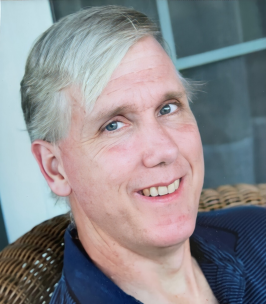 C. Michael Dunn, a brilliant, sarcastic & stubborn Irishman, kicked ass against a malignant brain tumor for over 10 years, until the damn thing returned with a vengeance this fall. Mike was strong as a bull during his time at the Mass General Cancer Center, enduring radiation & multiple forms of chemotherapy, then beating bacterial meningitis and two occurrences of pneumonia. Our family is incredibly grateful to Dr. Isabel Arrillaga and her team of brilliant specialists whose talents gave Mike an additional decade of time with us.

Born premature to Charlie and Joan Dunn in Natick, MA on October 10, 1962, Mike has been a fighter ever since. He was christened Charles Michael Dunn to honor his father, but was “Mike” to all his friends. His childhood was spent in Franklin, MA with his brothers Brian & Jim, his sister Kathy, and many close friends on Pheasant Hill Road. Mike was blessed with a “math brain” and was very successful in school. After graduating from Franklin High, Mike received a Bachelor’s Degree in Mathematics from UMass Dartmouth and a Master’s in Computer Science from Rensselaer Polytechnic Institute. Next, he accepted a job with The Analytical Sciences Corporation (TASC) and moved to Burlington, MA.

His bachelor life was disrupted in December of 1990 when friends set him up on a blind date with Cheryl Cronin for the TASC Christmas party. While Mike initially stated Cheryl’s home in Scranton, PA was “outside his love radius”, he quickly made an exception, proposed, and their romance blossomed into 31 years of marriage.

Wed in 1991, they spent the next 12 years in Wilmington, MA. They endured heartbreak when their first son Kyle was stillborn in 1996 but were determined to have a family. In 1998 they were blessed with their son Ryan, followed by their daughter Olivia in 2002. Now a family of four, they considered moving to various local towns and chose Westford, MA as the community to settle and raise their children.

Mike loved being a dad, cheering at flag football games, coaching soccer and applauding at countless theater & musical performances. His life revolved around his family, and he worked tirelessly to support them. In October of 2001, Mike accepted a position as a Senior Software Engineer at BAE Systems where he stayed for the remainder of his career. Even after his brain tumor was discovered in 2012, Mike worked with determination throughout all of his radiation and chemotherapy treatments. He continued working full-time at BAE for an incredible 7 years. It was only after his second brain surgery that Mike finally relented to the idea of taking a disability leave.

Once home, Mike spent the next 3 years surrounded by his loving family. Laughter was truly the best medicine for us all. Throughout Mike’s many treatments and illnesses, we always knew he was feeling better when his sarcasm returned. We mourned along the way as there were less and less things he could enjoy. This past August his tumor stopped responding to treatment. Once he declined further, we started home hospice care so he could transition pain free and peacefully at the only place he wanted to be - at home.

We are incredibly grateful for all of the love and support Mike received throughout his journey with cancer. Shortly after Mike’s tumor was discovered, our dear friend Laurie Moore blessed us by creating “TEAM DUNN, SECOND TO NONE” for the New England Brain Tumor Walk. This annual event became a huge source of love & support for Mike. It brought him incredible joy each year to walk the 5k with so many family members & friends, while supporting the National Brain Tumor Society.

Mike remained gracious until his final breath. He adored his family, God, all New England sports teams, music, a good cup of coffee, M&M’s, microbrews, vacationing with a water view, and the crisp fall weather in Massachusetts. His kindness and quick sarcastic wit will be greatly missed by all who knew him.

Visiting hours will be held on Friday, November 18th from 4-7pm at the Blake Chelmsford Funeral Home, 24 Worthen St., Chelmsford. His funeral service will be held on Saturday, November 19th at 10am at Old South United Methodist Church, 6 Salem St., Reading. Kindly gather at the church. After the service, please join the family for a collation at the church, followed by Mike’s interment at Pine Grove Cemetery in Westford, MA, at 2 pm. Memorial donations may be made in his memory to TEAM DUNN for the National Brain Tumor Society at www.braintumorcommunity.org/goto/Team_Dunn.